Thanks! Your Request is Almost Complete...

GUESS WHAT NO UPSELLS OR TRIPWIRES....

GO TO YOUR EMAIL AND BE SURE TO WHITELIST ME SO YOU RECEIVE EVEN MORE BEGINNER TO ADVANCED METHODS FOR GENERATING ONLINE WEALTH!

But at the time I didn’t even know where to start.

I invested the only few "spare" dollars I had into a "coaching" program with a supposed "guru". I quickly came to realize that this person made most of his money "launching products". He never actually EVER did the stuff he trained on in his products.

He was a product launcher who sold rehashed information he got from Google and other forums.

So, I thought maybe it was just a bad experience, and I went and bought another product. Turns out I was just another sucker and I was likely being targeted because I was on the first guys "buyers" list.

It seemed now every time I went into my email there was another fancy method that promised me riches, and many times it was a guy standing in front of Lamborghini, or some big mansion, or on a fancy boat.

I bought a few more products; and every single one of them talked about some flimsy marketing trick that didn't even work.

How the HECK was I Supposed to Learn How to Make Money Online if Everyone Is Just a "Product Launcher" & No One Was Giving Out Good Training?

I got really sick and tired of people leaving out EXTREMELY important pieces of the puzzle so all I was left doing was scrambling around Google trying to find the answers for myself.

I had no one to talk to in the industry. It felt like as soon as someone sold me one of their flimsy products they disappeared like a NINJA!

I Just Couldn't Find A Way! 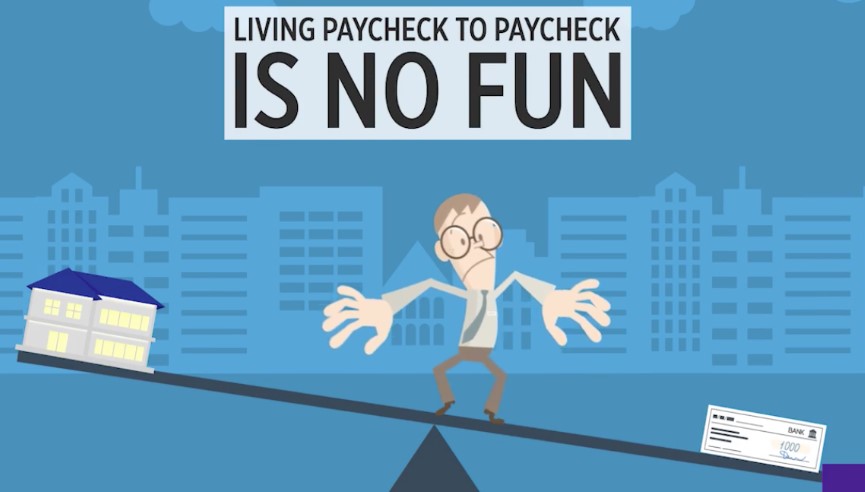 All I wanted was a nice stable income, something that would allow me to enjoy the little things in life without having to live pay check to pay check. I wasn't asking for much.

At the time I was working 2 full time jobs (80 hours a week sometimes) just to pay my student loans and I NEEDED SOMETHING ELSE!

Something that could allow me to do the things I loved and not have to worry about my next paycheck.

I needed something MORE STABLE, AND SOMETHING THAT WOULD LAST FOREVER.

Something easier and SIMPLE to do...

So Then, Everything Changed…

I remember this like it was yesterday. This is not the usual story that you hear about how people start making money online with some miracle potion.

I decided to create a blog about weight loss. It was nothing fancy.

I had no tech skills, no product or services nothing. I wrote a short, simple blog post, something new that I had learned in some of the books that I bought, I didn’t think it would work but I gave it a shot.

But here is the BIG KICKER! I actually told the the truth online and gave people value.

Guess what? They actually listened to me and converted into customers.I wasn't lying and trying to be a salesperson.

Wait, WHAT THE HECK? Are you serious? You can actually make money without being a sleazy salesman?

I ended up writing the blog post about an ACTUAL true story. 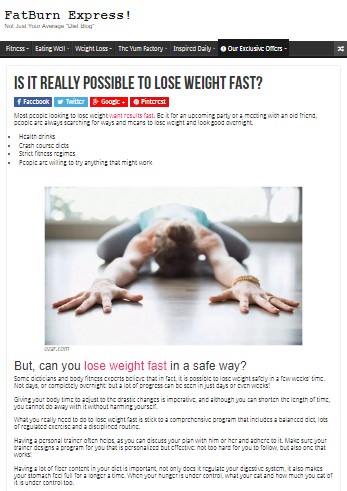 A story of a woman I knew at the time who actually lost weight using an actual product that was on my blog. After only 100 People visited my blog post, I got 5 sales! This earned me 5 X $40= $200 in total profit. Guess what else happened? People actually started sharing this blog post on social media. Who want's to share an aggressive sales pitch on their own Facebook profile? ABSOLUTELY NO ONE.

The fact my story was real, gave people a reason to share it.

I Was Absolutely Hooked.

After years of shady methods that were sold to me, I had found my own methods, that didn't involve sleazy selling and unethical marketing.

At that point I had earned "LIFE CHANGING" Income. I know it was only a small amount but wow I was so excited it worked!

I put EVERYTHNIG else aside and focused on delivering value.

I stuck with it, I delivered value, and I started building more online properties and generating MASSIVE TRAFFIC to them. My conversion rates went through the roof, and I broke free.

I built myself a 7 Figure annual income, and I quit both of my jobs.

Great Story Joe, So Now What?

Over the years as I continued to build more and more success I found that many people kept asking me how I did it?

I remember back to when I first started that I could never find the information that was needed to make things really work for me.

I always thought there was a magic potion but in the end it all just came down to hard work and knowing where and how to get large amounts of traffic for free or with really highly effective paid traffic campaigns.

So I decided to deliver extremely good EXPERT content and information that people need to build their own long term revenue streams online. Revenue like this:

When I first started my diet blog I was earning less than $10 a month from "Adsense". I never would have thought it was possible at the time to do $7000 - $10,000 a month  just in Adsense! When you combine my Adsense revenue with the CPA affiliate revenue the results are astounding!

I really do want to show people how to build long-term ethical affiliate businesses online and revenue streams from websites, while at the same time generating massive amounts of traffic from free and paid traffic sources.

So now that you know a bit about me go ahead and read that report to see the blueprint for success!

EARNINGS CLAIM STATEMENT: Vault Media Inc. (aka DayJobHacks.com, PowerhouseAffiliate.com, Afflauncher.com, Vaultmedia.com) and associated websites, is a company dedicated to helping people achieve their self-education, and self-employment goals. We provide quality online training programs, web hosting, and website development tools to people who seek freedom of time, and freedom of location. This website and the items it distributes contain business strategies, marketing methods and other business advice that, regardless of my own results and experience, may not produce the same results (or any results) for you. Vault Media Inc and all owned websites makes absolutely no guarantee, expressed or implied, that by following the advice or content available from this web site you will make any money or improve current profits, as there are several factors and variables that come into play regarding any given business. Primarily, results will depend on the nature of the product or business model, the conditions of the marketplace, the experience of the individual, and situations and elements that are beyond your control. As with any business endeavour, you assume all risk related to investment and money based on your own discretion and at your own potential expense.